The Motherwell FC Community Trust is part of what the club sees as a four-way partnership reflecting the Fir Park side's unique position in Scottish football.

In 2016, the Lanarkshire outfit became the first fully fan-owned club in the Ladbrokes Premiership, and that new era has provided a significant opportunity for Motherwell.

This is a great opportunity for us to showcase some of the work that the club does across the community.

General manager Dawn Middleton explains the fan ownership element for Motherwell is crucial to the charity.

"We are one of the first fan owned clubs in Scottish football, so there is the fan ownership [The Well Society] side, the club side, the academy and the community trust," he explains.

"We work together to ensure there is a real family bond at the club. This is a great opportunity for us to showcase some of the work that the club does across the community."

The Fir Park leg of the SPFL Trust's Trusted Trophy Tour included dozens of guests - both political and civic - who came to learn more about the trust's work.

In particular focus, was the Well Looked After programme, which is a cross age, cross demographic initiative designed to bring various different groups together from three years and up.

Dawn explains one example: "We have schools initiatives, including one to one youth engagements, for disengaged pupils who are out of mainstream education.

"We want to make people feel part of Motherwell."

Our visit to Fir Park will see the club's Community Trust profile its Well Looked After programme.

This flagship activity engages with children of nursery and school age in a wide range of programmes focused on delivering a positive message about health and physical activity.

The programme is run in partnership with NHS Lanarkshire's Health & Social Care team. 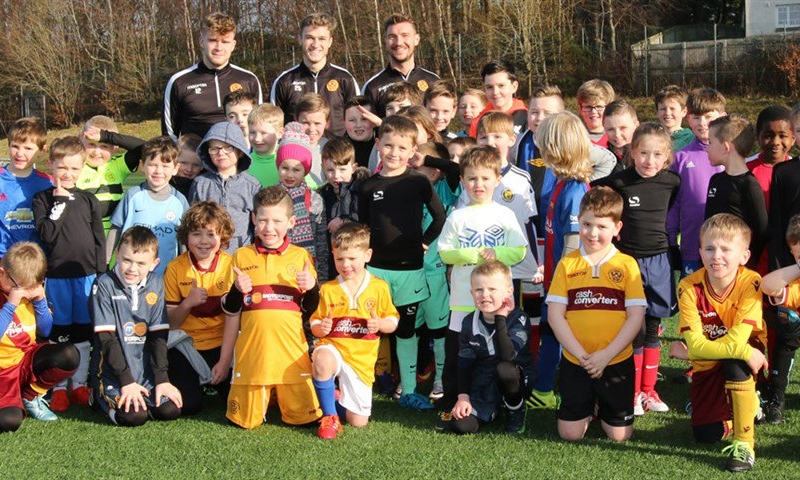 On the day we will see children, aged 5-12, participate in fun football activities, and there will be displays to view from Motherwell's work in schools, including work on their Climate Change Challenge and smoking cessation.

A walking football session, Steel Game will also take place for over 50s participating in the club's Walking Football programme.