Queen’s Park in the Community

A fitting finale at Hampden

After more than a month on the road, Hampden was a fitting place to end the Trusted Trophy Tour as we visited Queen's Park at Lesser Hampden.

A snapshot of each of these was on offer as the SPFL trophies ended their long journey.

On the night, we met people of all ages who are taking part in these programmes and could not speak highly enough of the work Queen's Park do in the community.

George Watson, head of the community at Queen's Park, discussed the Programme as a whole.

"We try to offer positive lifestyle things for everybody that comes into the community programme or indeed the club in general," he said.

"In terms of instilling things like good choices, good lifestyle, good behaviour and always with a link to football and enjoyment.

"We have so many great volunteers at the club who give up their time endlessly to help all the different groups.

"Moving forward we want to keep the quality of what we're doing up and these guys are integral to that."

We have so many great volunteers at the club who give up their time endlessly to help all the different groups.

Eddie Hunter has been involved with Queen's Park for around 50 years as a player, coach and now gives back to the club that gave him so much by working on the Tackling Recovery mental health programme and Football Fans in Training projects.

He said: "What has been the life and soul of the thing is the guys who are here every single week and have won tournament after tournament together.

"They are an absolute joy to work with. You can't put into words what these guys are doing and it's all with Queen's Park Football Club."

While kids played football in small groups on the lesser Hampden pitch, the ladies team and academy team trained at either side of them.

At the same time the Football Fans in Training members got ready for their session with Eddie inside.

David McShane, one of the members of the Football Fans in Training group, was eager to speak about the benefits the Community Programme has had on his life.

"I joined the programme about two years ago and I think the success story is that I'm still part of the group," he told us.

"I'd got to a point where I was ignoring my health far too much and now I've lost two and a half stone which I've also kept off. My advice to anyone would be not to hesitate and just give it a go.

"I had been away from any formal training for about 15 years but the course builds you up to more regular and hard exercise and has got me to where I am now."

On the night, kids and adults of all ages, including the coaches, were excited to get their picture taken pitch side with the trophies.

David is just one example of the thousands of people who SPFL clubs have helped in communities across Scotland and people like George, Eddie and all the volunteers and coaches who help are what makes this possible.

The Trusted Trophy Tour has been all about showcasing the amazing work of SPFL clubs across the country and the wide range of projects Queen's Park offer which reach people of all ages was a testament to exactly that.

Our visit to Queen's Park will provide a snapshot of various programmes the Hampden Park club engage in. 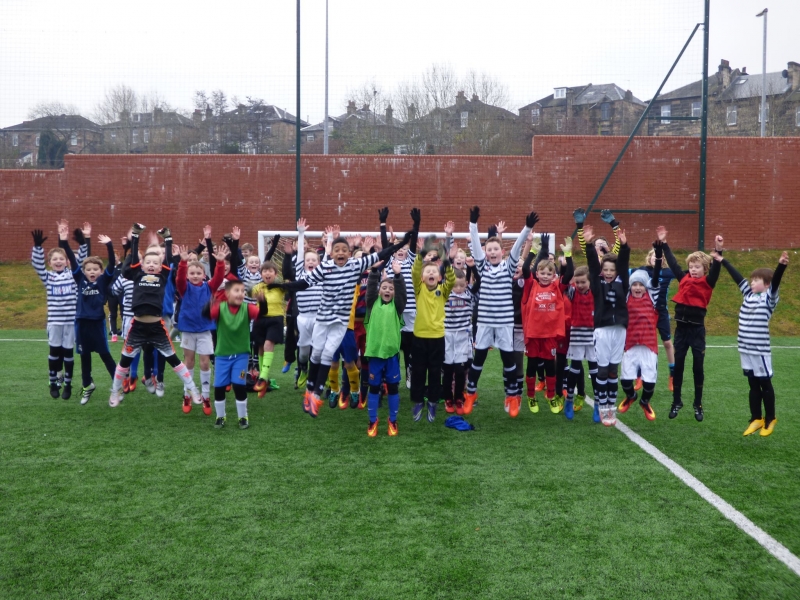 Queen's are involved in a wide variety of community programmes including: